Preventing Robocalls Or Fighting Back 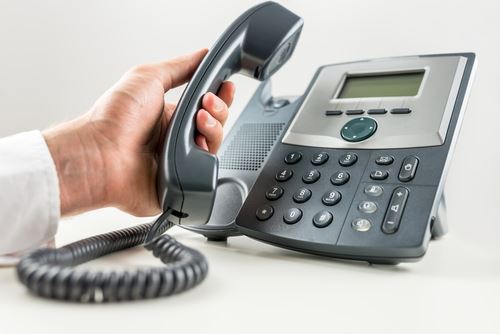 If you are like most of the people throughout the nation, you have received one of the annoying — but sometimes worrisome — phone calls telling you that there is some kind of action against you, or that you owe money. Once you pick up the phone, you hear the robotic voice, automated with the message meant to send fear through your body and make you react hastily, often resulting in a negative outcome. Unfortunately, these robocalls are all too common, and they leave some people vulnerable to making decisions that can be harmful, especially financially.

There are some robocalls out there that are legitimate such as those you receive from the pharmacy or the doctor or the school. However, there are much more robocalls from illegal solicitation including scams that may threaten some kind of legal action for money you owe, offer you free gifts, promise to help you get out of debt, tell you a way of getting more money, or some other “too good to be true” scenario. These types of robocalls are illegal and it is important for consumers to know what protections they have and how they can help fight back against those behind the calls.

According to YouMail, in the year 2016 so far, there have been more than 10 billion robocalls including topics such as credit card debt collection, student loan collection, retail debt collection, bank debt collection, and medical debt collection. The Federal Trade Commission has reported that robocall complaints have increased nearly 50% since the last year and more of them involve tax scams saying that the person answering the phone owes money. As a result, since October 2013, these scammers have been able to profit $40 million.

Many people are unsure of how these companies get their numbers, but have you ever done a quick online search for your own number? If you haven’t, you should. A quick search won’t exactly show you your name, but it will provide your number with plenty of other numbers in your local area. It is entirely possible for the scammers behind these robocalls to scape these sites, collecting as many numbers as they would like to target. Even if you don’t share your number online or include it on some other site you have to sign up for, there is a way for them to get your number and solicit these calls to you.

If you want to prevent yourself from receiving these calls, there are some steps you can take. First, you can utilize the National Do Not Call List provided by the Federal Trade Commission. It may not protect you fully, but it could help lower the amount of calls you receive. Another option is to simply not answer. According to the FTC, answering the phone may show that you are a real person, putting your phone number on an even bigger list. Usually, people don’t recognize a number and refrain from answering. You can check the voicemail, and if it is a robocaller, report the number online.

There are some apps that can help block certain callers from reaching your phone. Utilize these as you see fit to help prevent the robocallers from reaching you. There are also some measures being taken by the FTC and the Federal Communications Commission to help crack down on these types of calls and take action against the culprits. Consumers are working, as well, to get the wireless carriers to step up their policies and make changes as well. The goal is to allow consumers the opportunity to block calls through fee services provided by the phone companies. In fact, a Consumer’s Union petition has been signed by more than 600,000 consumers to help seek out the ways to implement these blocks on robocalls.

By fighting back, it can encourage wireless carriers to intercept these scammer calls at the network level before they even reach the consumer.

If you need help to take legal action against a scammer who has set up a robocall, call our team of Chicago consumer attorneys at Atlas Consumer Law We know the way these types of cases are handled and we know the rights of consumers under law, especially when it comes to unsolicited calls. We make it a point to protect the rights of our clients from start to finish so they can have peace of mind knowing that we are working to keep these scammers from calling them again.