Some U.S. Wal-Marts Already Have Law Firms Inside 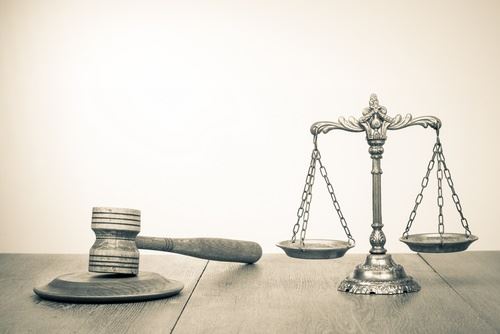 In the May 2016 edition of the ABA Journal, there was a story discussing Axess Law opening up on of their offices in a Canada-based Wal-Mart. At the time, there was joking speculation about law firms soon being in people’s backyards. Another personal injury lawyer from Atlanta believes that this is essentially already close to being true. This attorney opened his first law office in an Atlanta Wal-Mart in 2012. Last year, he expended his offices, opening in two more Wal-Marts in the city. What is the driving force behind this, though, and why has it become more popular.

Many attorneys are realizing that there is roughly 80% of all low-income Americans who have civil law needs that have gone unnoticed. The idea behind opening these law offices in certain Wal-Marts was to make themselves visible to this demographic and have a location in an area where a majority of the lower-income people live. It is a strategic market in order to help those who have gone unrepresented but have some legal issues to endure.

According to the lawyer, the offices he has in Wal-Marts are completely full service, but he has also developed strong relationships with other nearby firms that practice in various other practice areas in order to refer clients if necessary. By his estimates, he only keeps roughly 20% of the clients that come his way from the Wal-Mart offices. Most of the services offered are on a fixed fee basis, but there are some services that are free.

With many Wal-Marts in the market for additional services to put in their stores, the idea of a law office has become a popular one. There is a large population when it comes to these types of offices with a lot of people frequenting Wal-Marts on a daily basis. Another law firm has taken the same route, offering full-service legal representations to clients with a menu of its services provided to consumers in the story, and working on a fixed fee. These two firms mentioned in the article are hoping to increase the number of Wal-Marts in which they are located.

This is a growing trend that is only expected to continue moving forward due to the exposure these law firms gain in the specific locations. As long as the services are transparent and the client knows what they are paying for, it could prove to be beneficial.

At Atlas Consumer Law, we are dedicated to protecting our clients in complex legal matters. If you are looking for a Chicago consumer lawyer, trust that you can turn to our firm for the legal representation you need. Call us today.