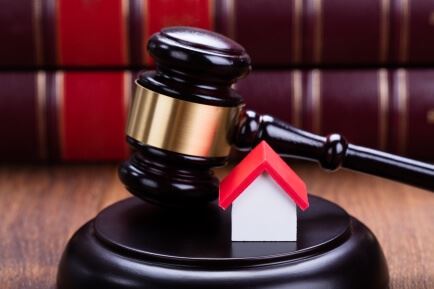 Plaintiff S. Azeem used a mortgage loan with Guaranty Bank back in 2006 in order to buy a new home. It is worth noting that her husband at the time – they have since divorced – did co-sign that mortgage but is not actually a plaintiff in this lawsuit. In 2008, a foreclosure complaint was filed against the property and OneWest Bank was brought into the procedure after the mortgage loan was transferred to it. Ocwen Loan Servicing was also retained to act as a loan servicer.

Some seven years later in 2015, the foreclosure case had still not been concluded. Azeem was sent a loan modification agreement from Ocwen, which included a statement that claimed she must accept the new offer or submit the first payment amount. If she chose to make the payment, Ocwen claimed that it could halt the foreclosure process. The new agreement then listed several preconditions, including amount to be paid monthly and details about a “trial period.”

Using an online submittal system, Azeem made three months’ worth of payments seemingly without issue. However, in September and October, the online system did not automatically make its withdrawals from her account, as it had done before, and mailed checks to Ocwen were not accepted and no reason for their denial was given. In mid-October, Azeem was told that foreclosure on her home would proceed due to her failure to make the payments as agreed, despite her real efforts to submit the payments on time. She actually had to defend herself with an attorney’s assistance from the foreclosure, which was dismissed due to her legal efforts in November 2015.

In February of 2016, Azeem was notified by Ocwen that outstanding escrow payments would be collected over the next five years by increasing her monthly payment amount. She agreed to the increase and started to make these escalated payments. Believing something was amiss, she later sent Ocwen a notice of error and request for information, which Ocwen acknowledged.

Upon further review of the situation, Azeem moved to sue OneWest Bank and Ocwen in August of 2016. She believed that they had each violated the standards set forth by the Fair Debt Collection Practices Act and the Illinois Consumer Fraud Act through both the increased default fees and the pursuit of foreclosure, despite her submitting all payments within the allotted schedule. She also concluded that Ocwen had violated the Real Estate Settlement Procedures Act through its response to her information inquiries.

The defendants made an attempt to have her claim dismissed, stating that she failed to make her claim through appropriate channels. It was also claimed that she should have added her ex-husband as a party into her lawsuit. The United States District Court for the Northern District of Illinois Eastern Division has since denied the defendant’s request for dismissal. It has found that plaintiff Azeem and her legal counsel did not err in the filing, nor did they err in the decision not to include her ex-husband within the lawsuit, as the payments were always her financial obligation.

This lawsuit is ongoing and could touch upon several keynote aspects of real estate contract cases and foreclosure procedures. Be sure to visit our blog regularly for critical updates regarding this case as they develop. If you need assistance with foreclosure defense or other consumer law cases, you can also call 312.313.1613 or contact Atlas Consumer Law online to request a consultation with our team of Illinois consumer lawyers.